Description of YJL043W: Putative protein of unknown function; YJL043W is a non-essential gene[1][2] 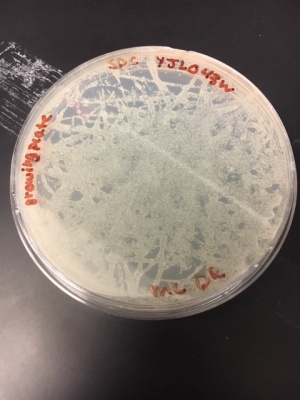 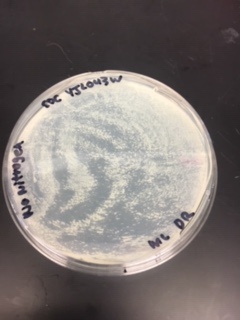 Growth of YJLO43W on omission media that lacks nitrogen. 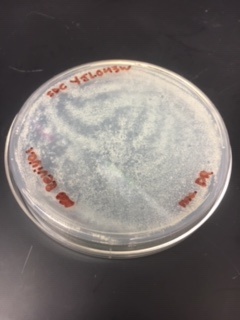 Knocking out the YJL043W seems to have no effect on growth after incubating for 5 days on the Nitrogen omitted media. 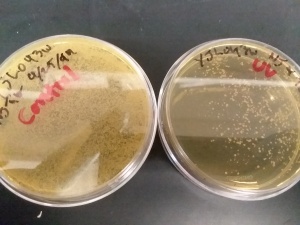 YJL043W is more sensitive than BY4735(wild) given that there is less colonizes present when under the same stress. 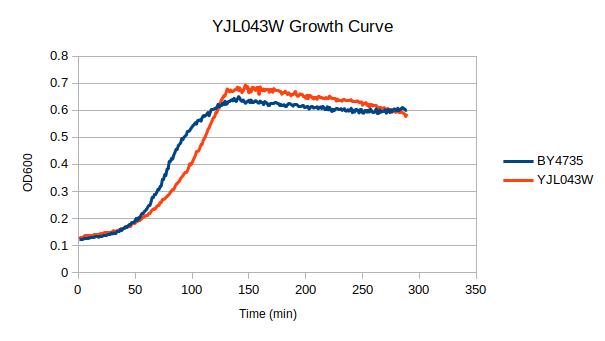 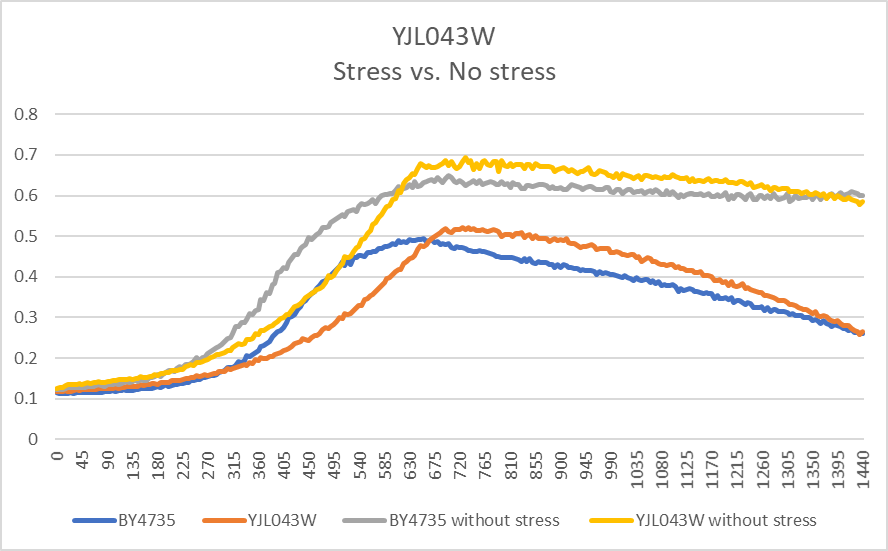 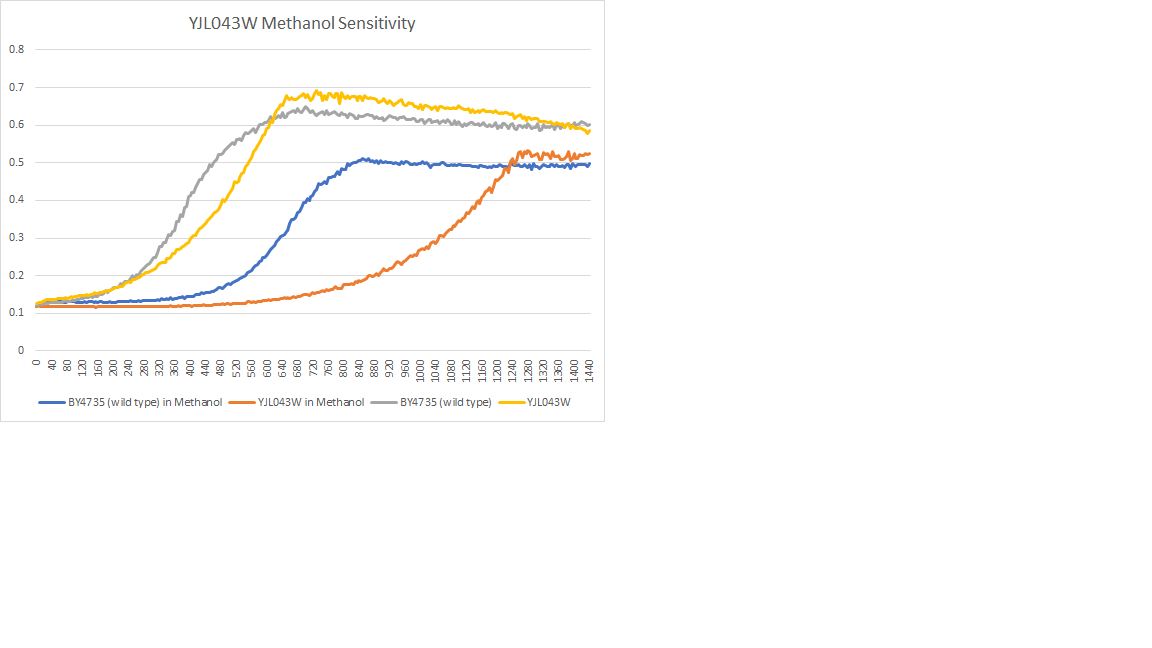 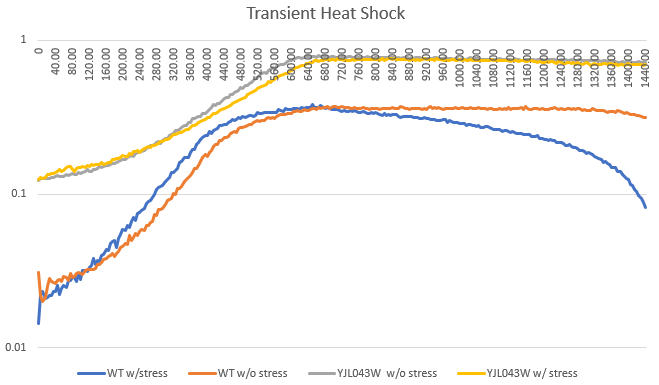 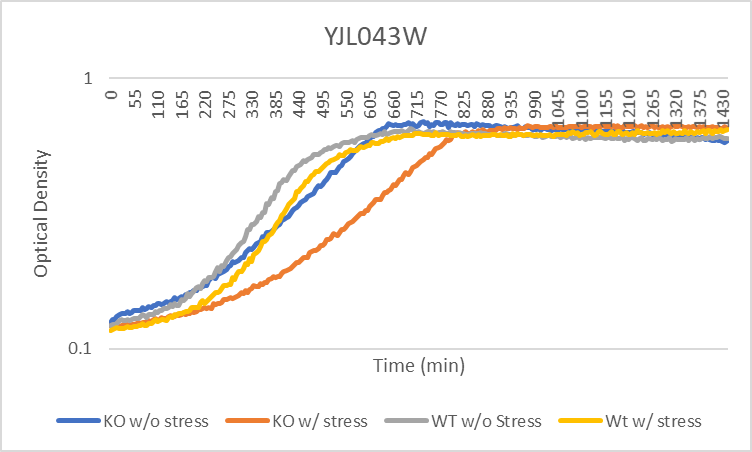 Fermentation protocol link [1] - There appears to be no major difference in fermentation rate. The lower final ethanol percentage could be a result of evaporation. If this experiment were to be carried out again then it should be done in an air tight container. 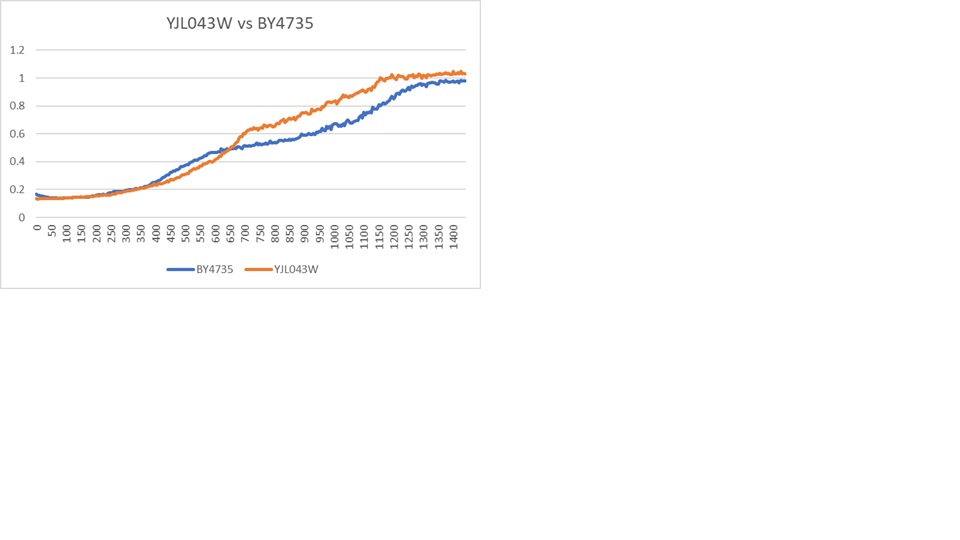 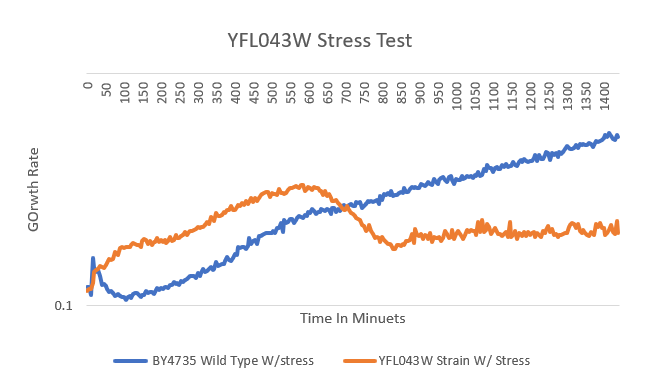 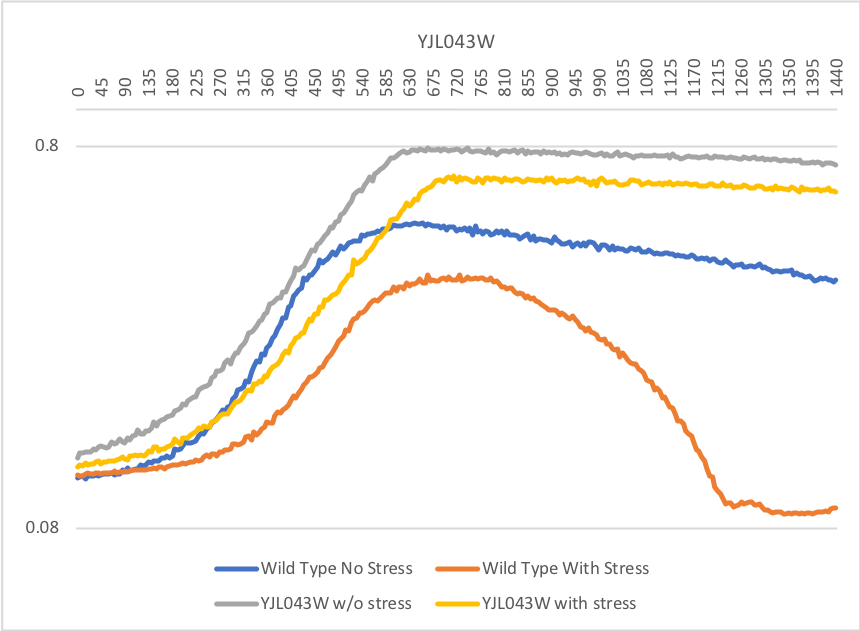