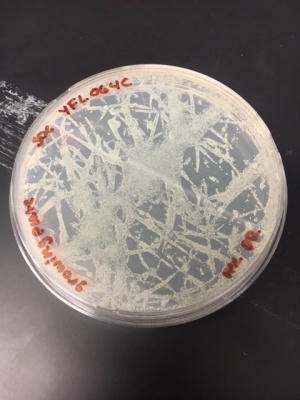 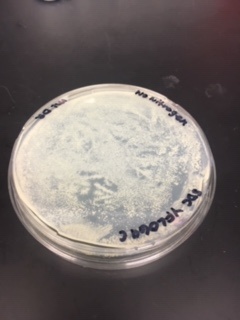 Growth of YFL064C on omission media that lacks nitrogen. 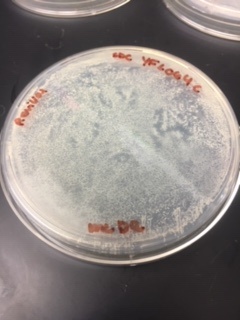 Knocking out the YFL064C seems to have no effect on growth after incubating for 5 days on the Nitrogen omitted media. 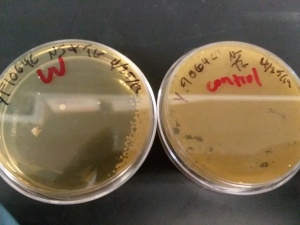 YFL064C is more sensitive than BY4735(wild) given that there is less colonizes present when under the same stress. 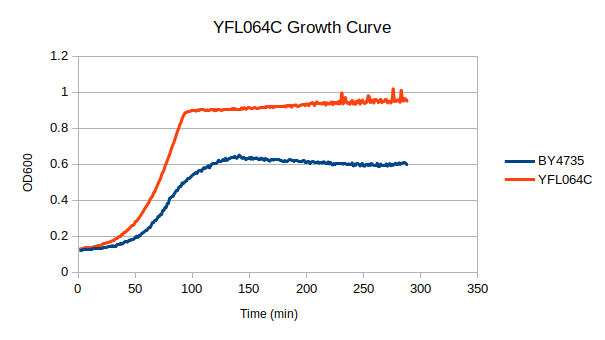 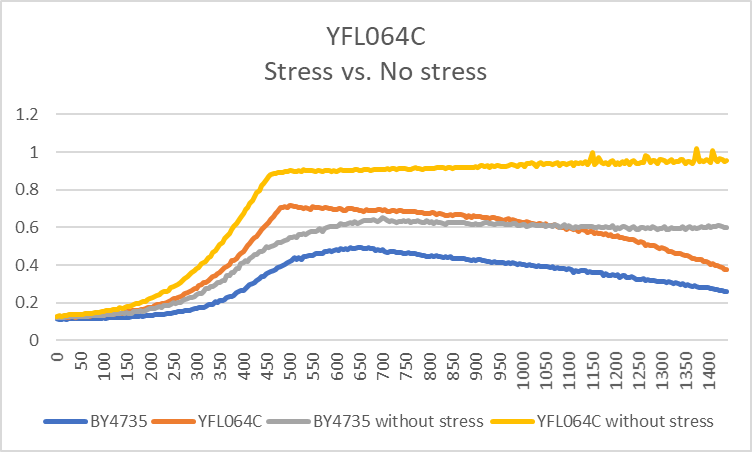 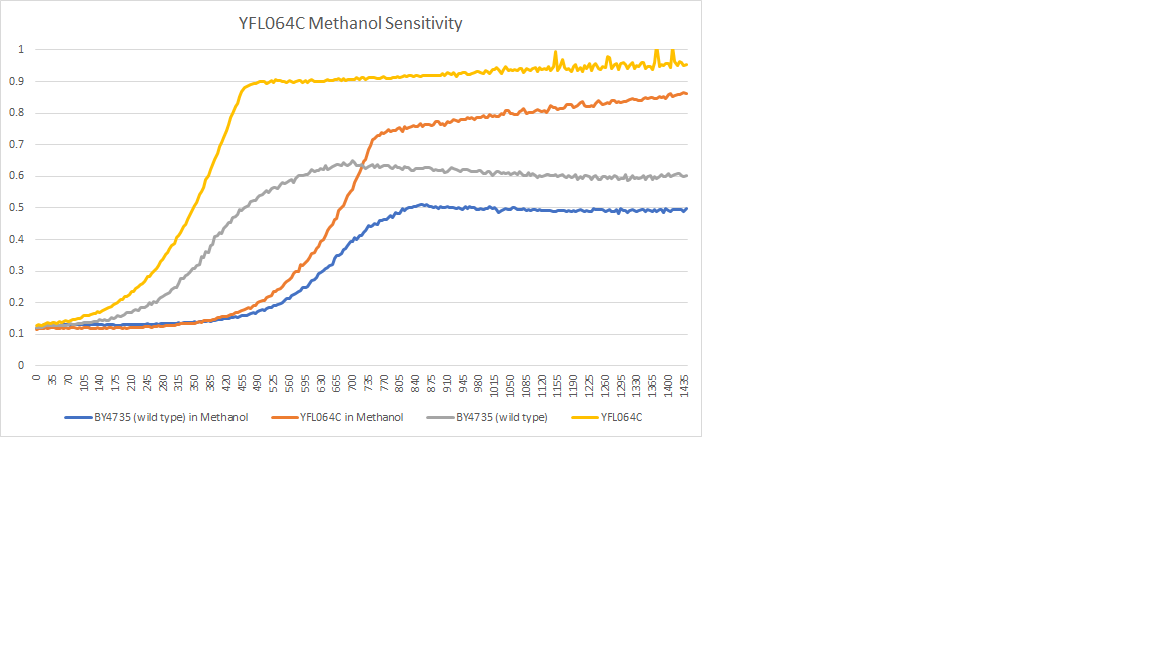 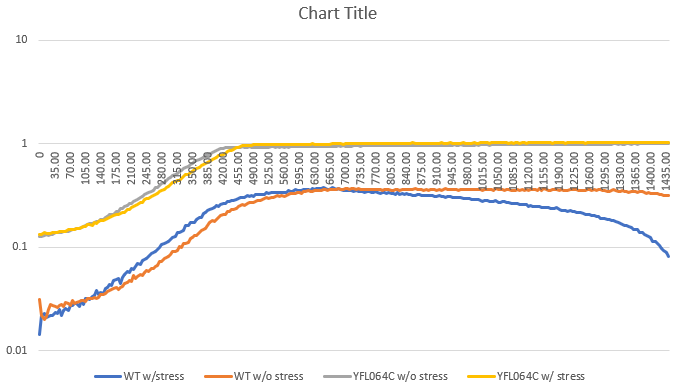 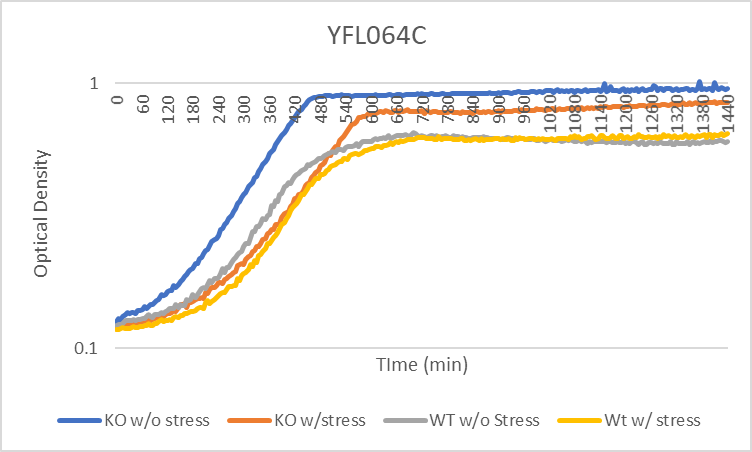 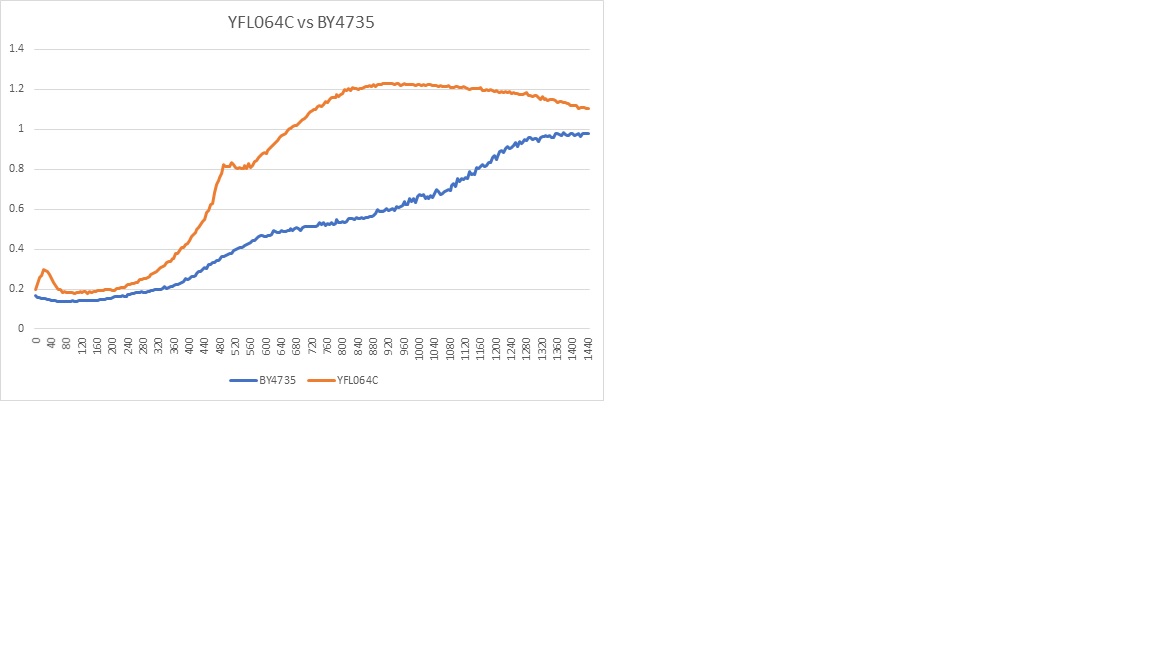 The wild type strain had a significant difference compared to the yeast strain YFL064C and when we stressed it out at the pH of 4. It displayed that it was more resilient to this particular pH and grew happily than the YFL064C yeast strain did. 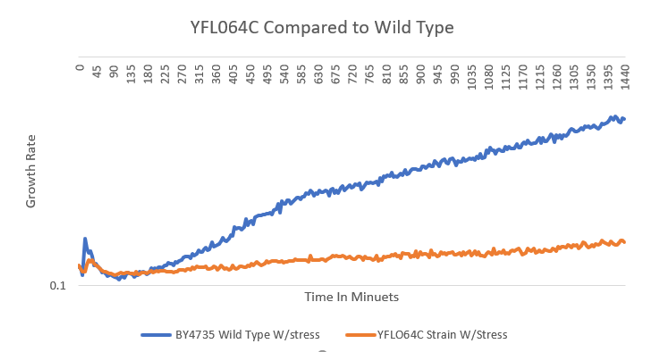 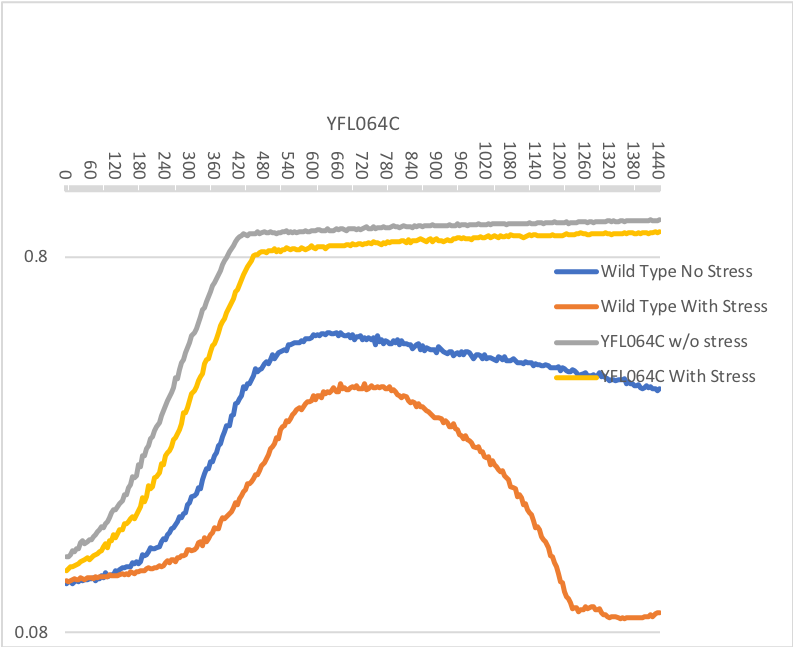