Description of YBR284W: Protein of unknown function; some similarity to AMP deaminases but lacks key catalytic residues and does not rescue purine nucleotide metabolic defect of quadruple aah1 ade8 amd1 his1 mutant; null mutant exhibits longer telomeres, altered Ty mobility, decreased resistance to rapamycin and wortmannin, and synthetic phenotype with expression of alpha-synuclein; induced in response to hydrostatic pressure; not an essential gene[1][2][3][4][5][6][7] 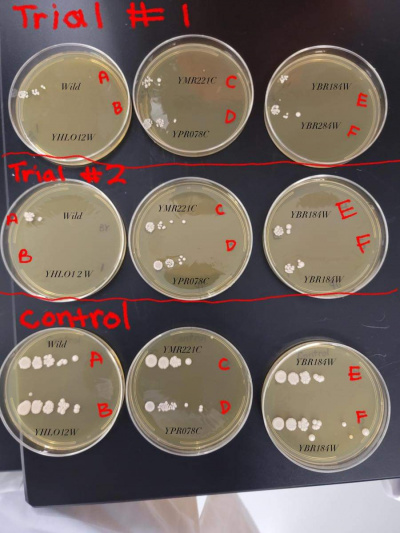 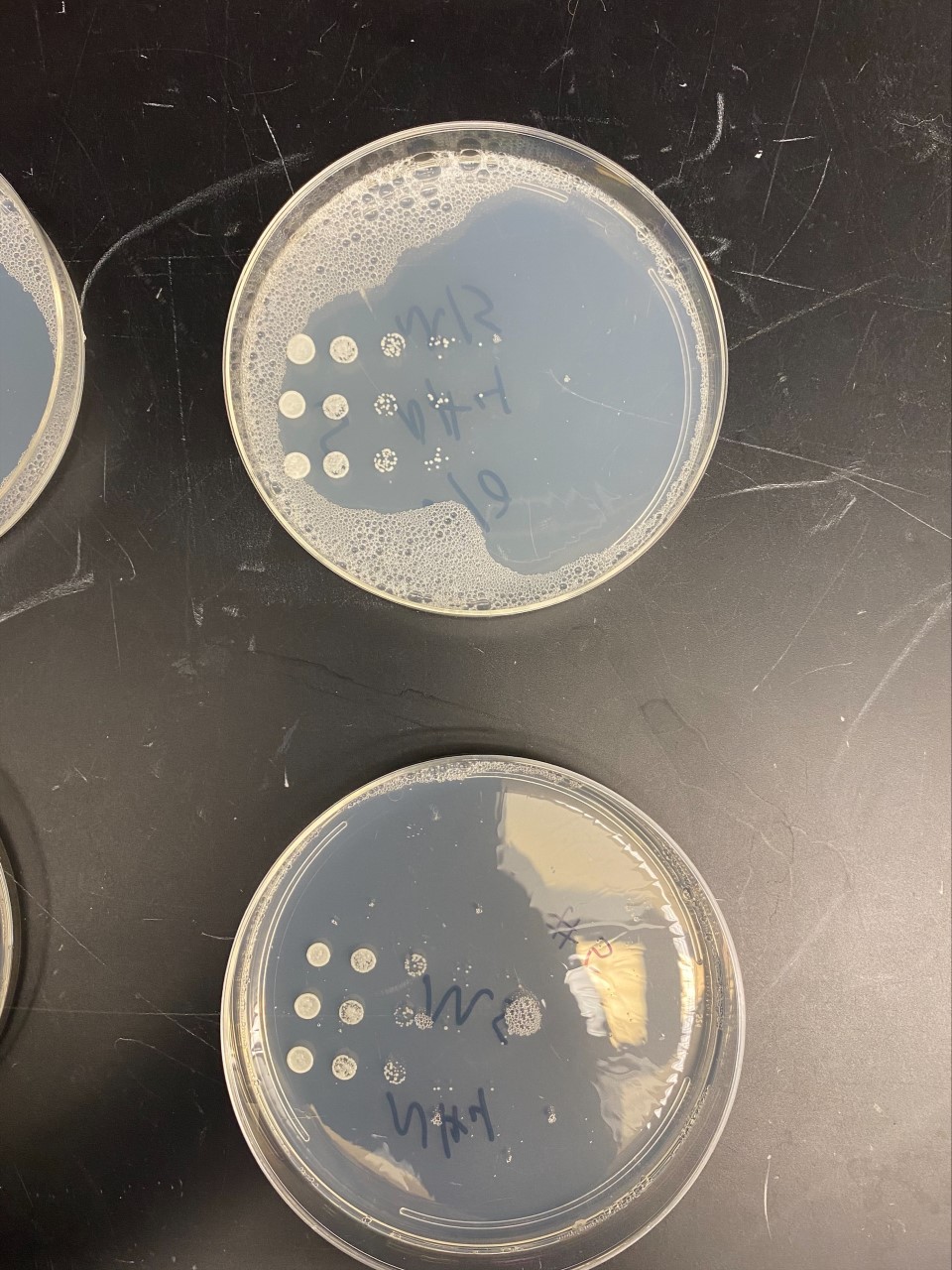 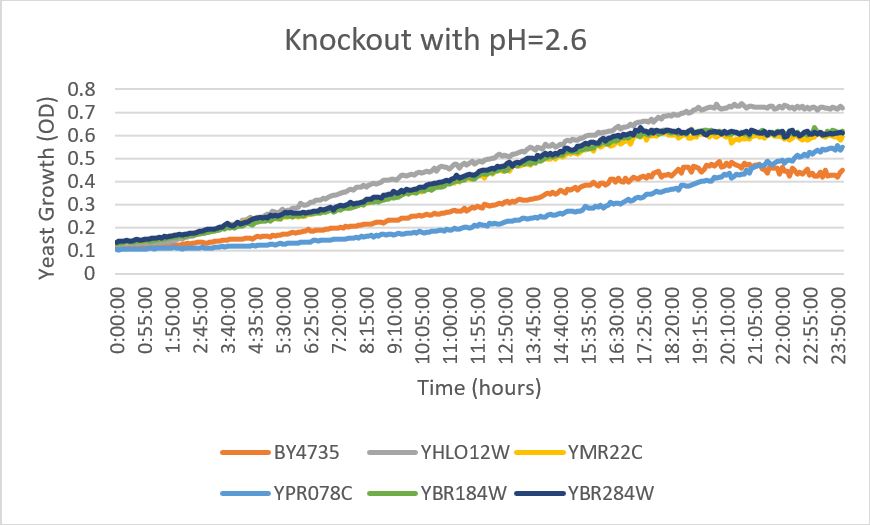 Cells grown with this gene (YBR284W) knocked out had an average of 1.18 bud scars per cell while the wild type (BY-RY4735) had 0.85 bud scars per cell. Of 114 YBR284W cells counted, 135 bud scars were seen. This indicated that the YBR284W gene slows reproduction rate and thus bud scarring in yeast cells. 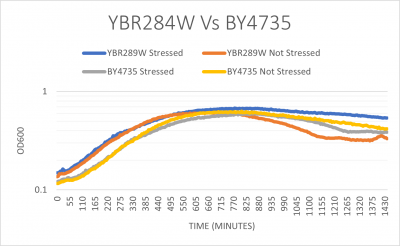 The YBR284W yeast strain doubling time without any stress was 174 minutes which is pretty similar to the wild type with 182 minutes. When both strains were stressed by G418 they YBR284W doubling time was 173 minutes and the wild type was 178 minutes. (These times are averaged between three trials) Protocol: [2] 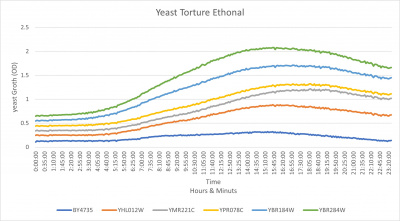 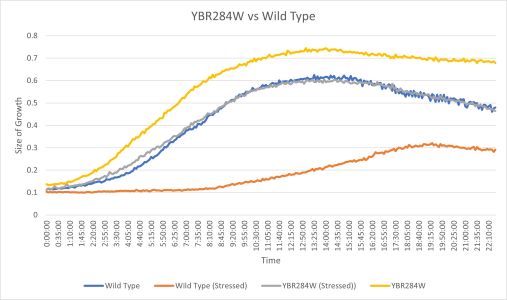