Description of YBR220C: Putative protein of unknown function; YBR220C is not an essential gene[1] 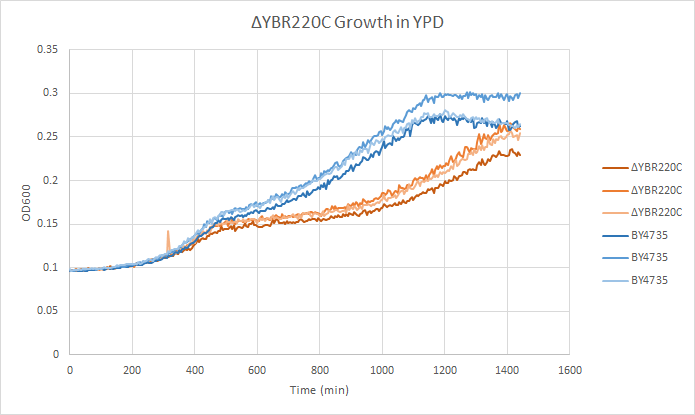 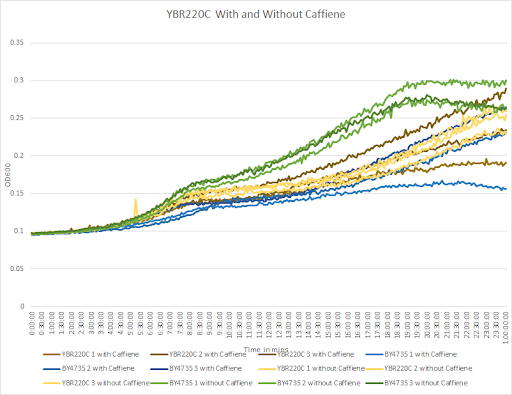 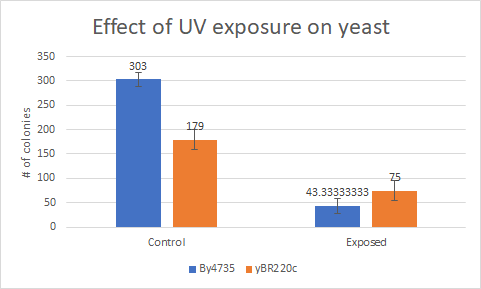 This bar graph shows that compared to a BY4735 background, Knocking out yBR220c makes yeast less sensitive to UV light exposure

The Protocol can be found at 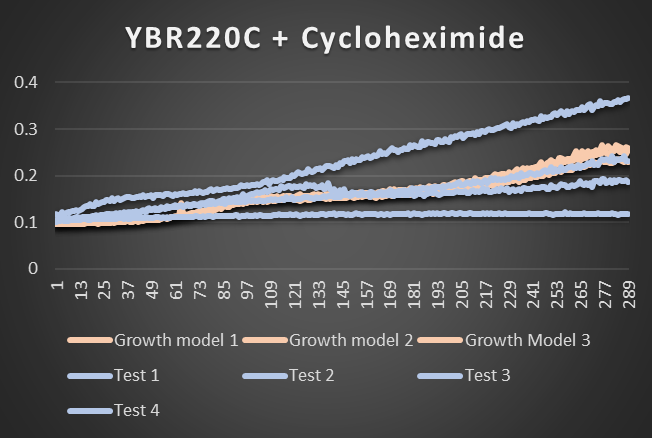 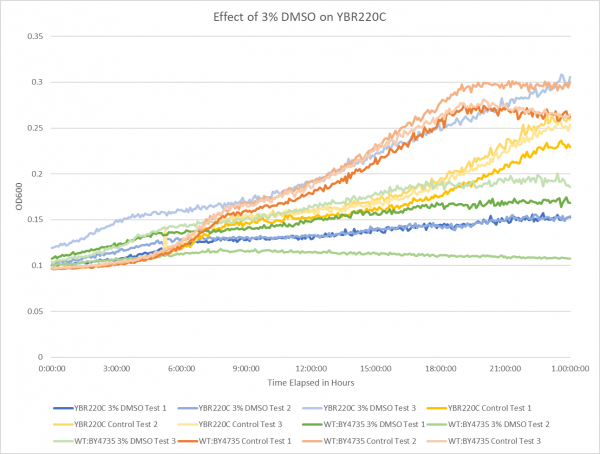 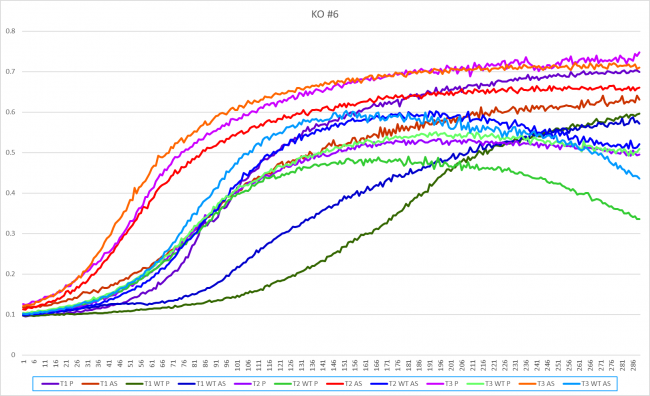 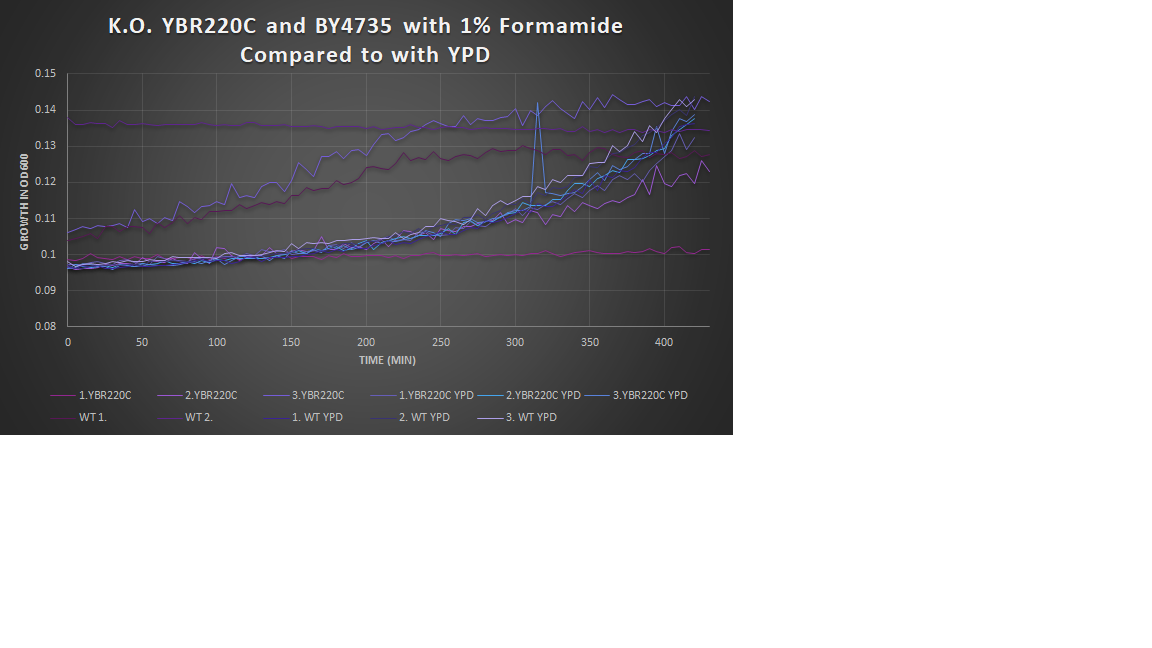 Zone of Inhibition of 30% Hydrogen Peroxide on YBR220C 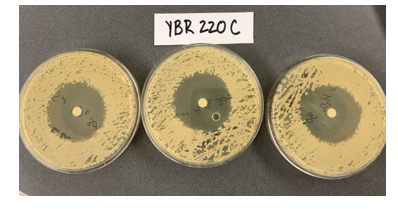 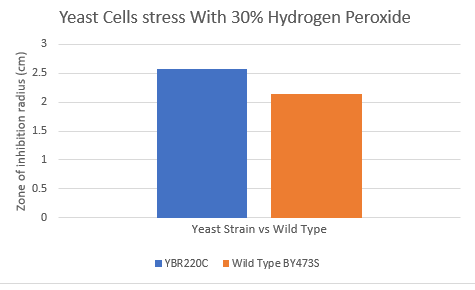 The bar graph represents the zone of inhibition of the knockout strain versus the wild type. Our data collected shows that the knockout strain saw a larger zone of inhibition (cells were not able to grow there). Using these observations it is evident that the yeast strain YBR220C undergoes more stress from the oxidative properties of 30 percent hydrogen peroxide. The zone of inhibition is larger because the yeast cells are not able to grow as well as the wild type can in these conditions. For the strain YBR220C our plate values were as follows (in cm) 2.6, 2.6 and 2.45. The calculated mean for these numbers is 2.57 and a standard deviation of 0.08832 compared to our wild type plate which stayed constant 2.1, 2.1 and 2.2 cm 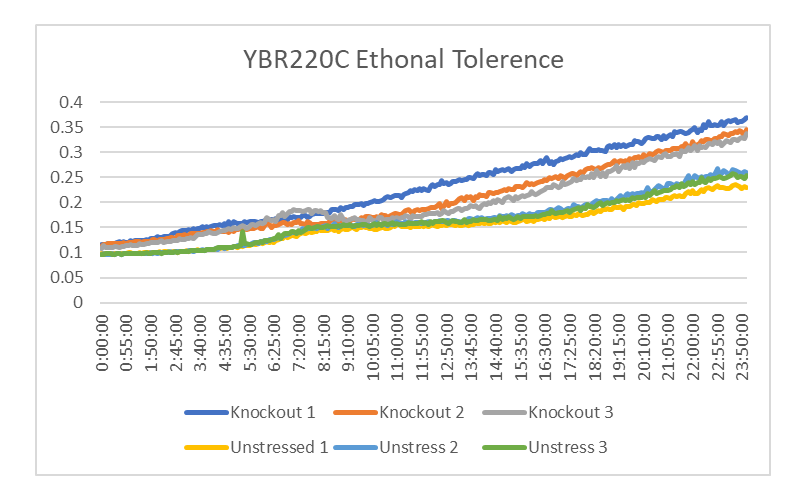 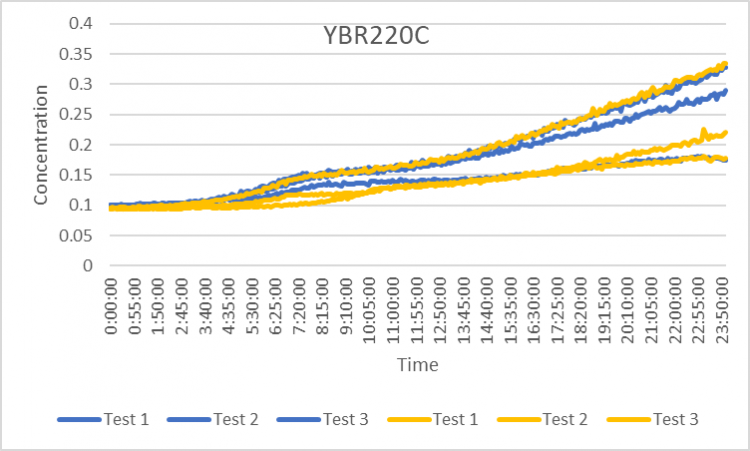 The graph above shows how dilutions P2 (30 µg/ml) and E2 (10% ethanol solution) impacted the growth rate of the knockout yeast strain YBR220C over 24 hours. The concentration did not double for test 3 of P2 for this experiment, so by taking only the first two test results, the doubling rate averages to around 1,063 minutes for only ethanol. As for the Prednisone with ethanol, the doubling rate averages to around 923 minutes. Overall, the Prednisone increased the rate of growth by almost 140 minutes. These results conclude that Prednisone slightly promotes the growth of yeast cells without the YBR220C gene. 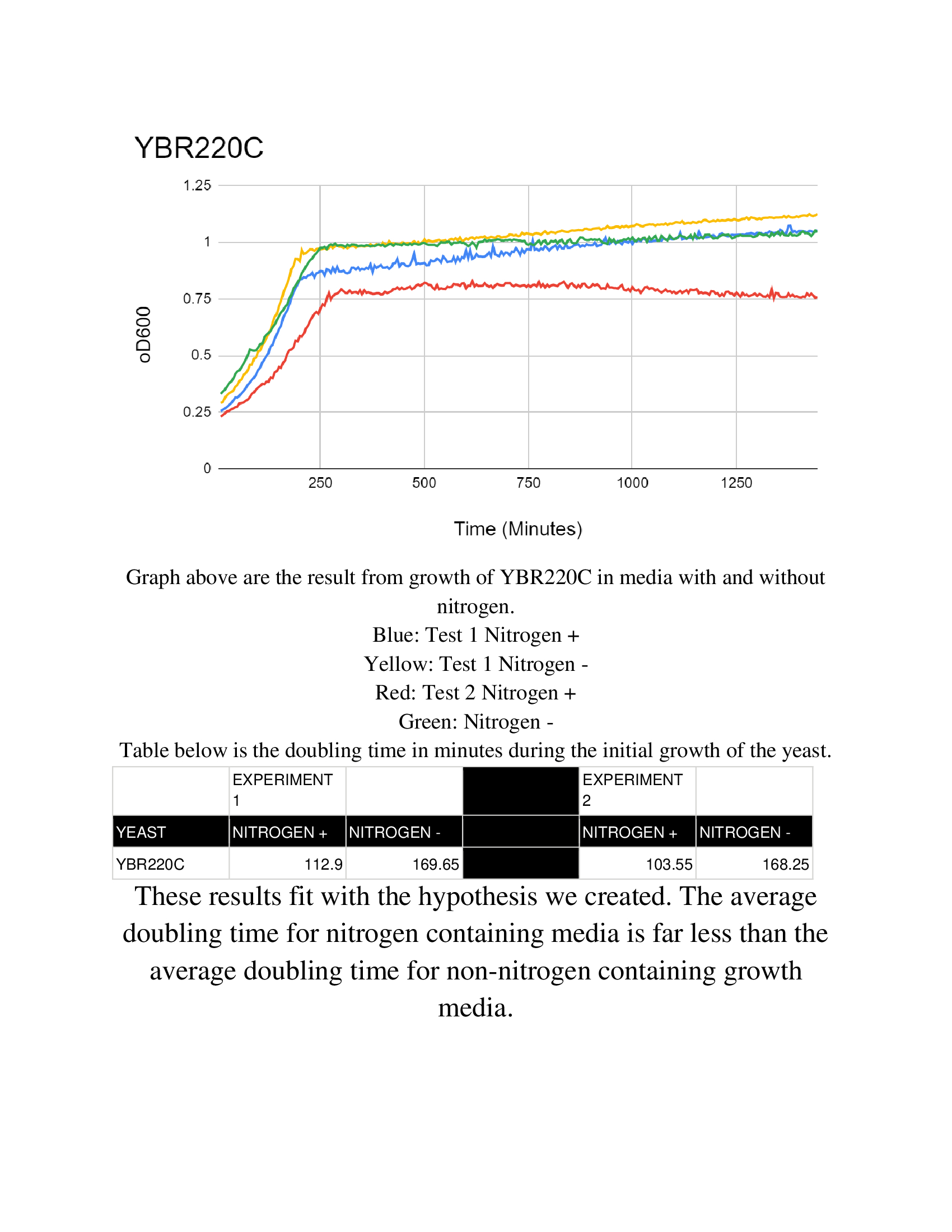