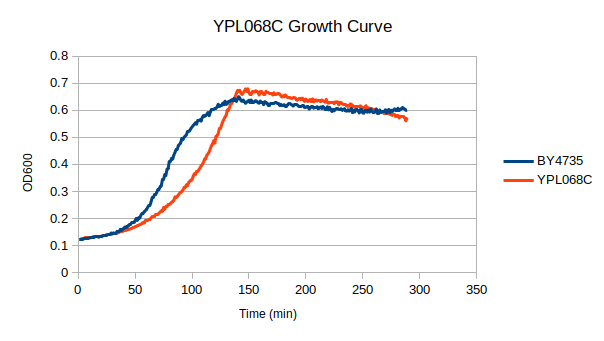 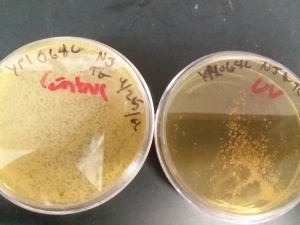 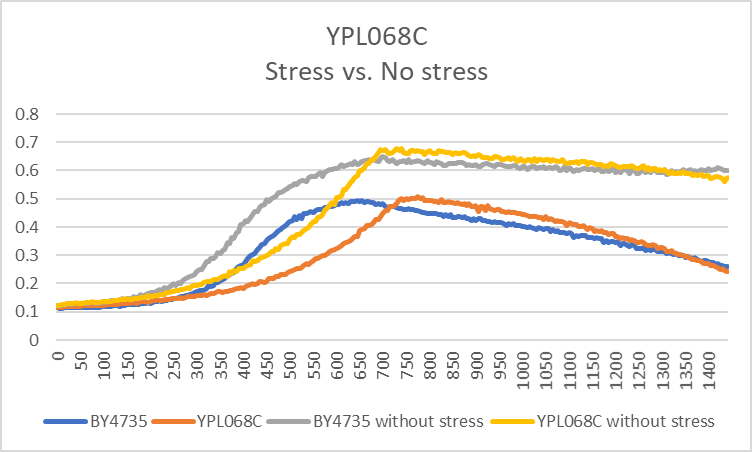 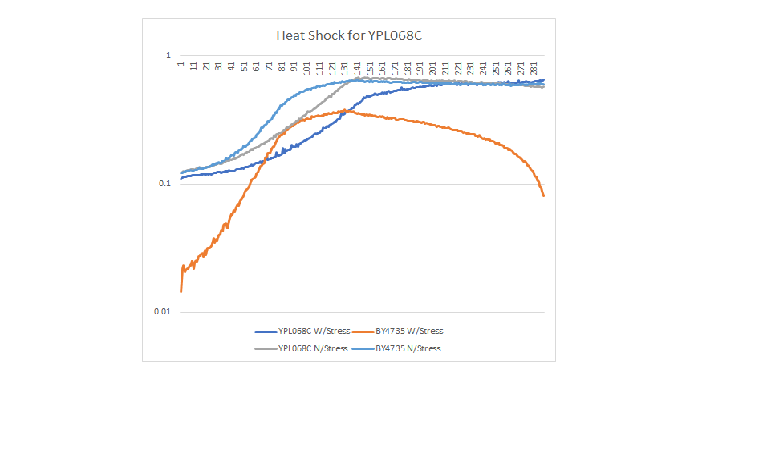 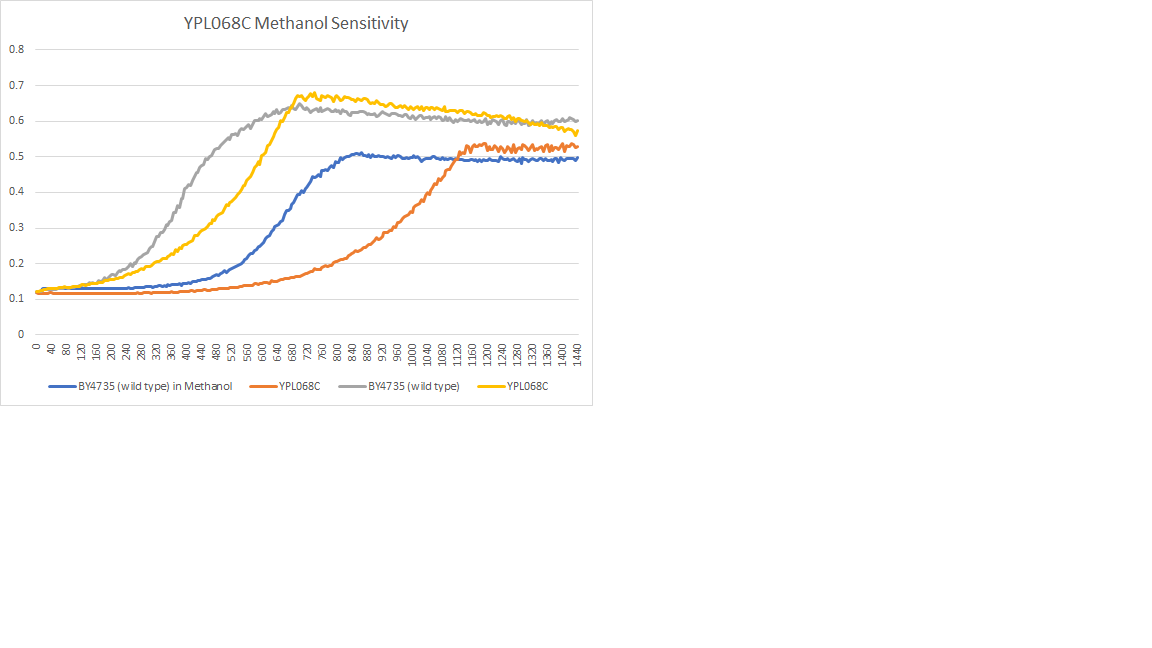 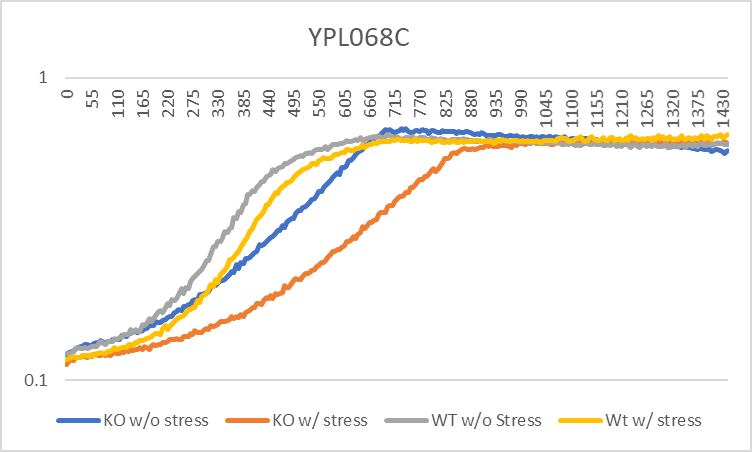 There appears to be no major difference in fermentation rate. The lower final ethanol percentage could be a result of evaporation. If this experiment were to be carried out again then it should be done in an air tight container. 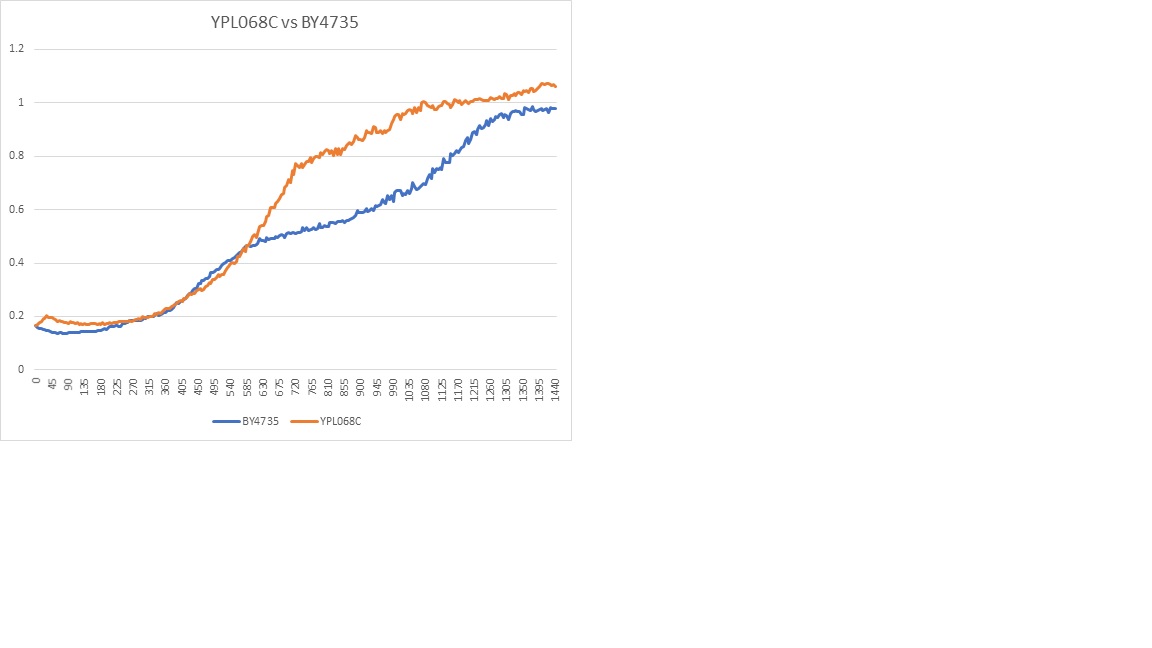 Caffeine Protocol [[UW-Stout/Caffeine], the genes reacted the same at the beginning, varied in the middle then came back together at the end. 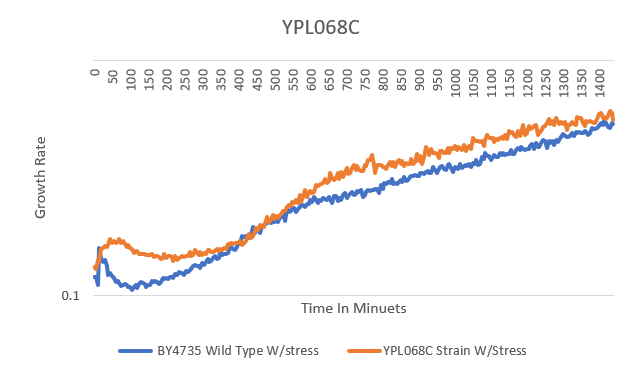 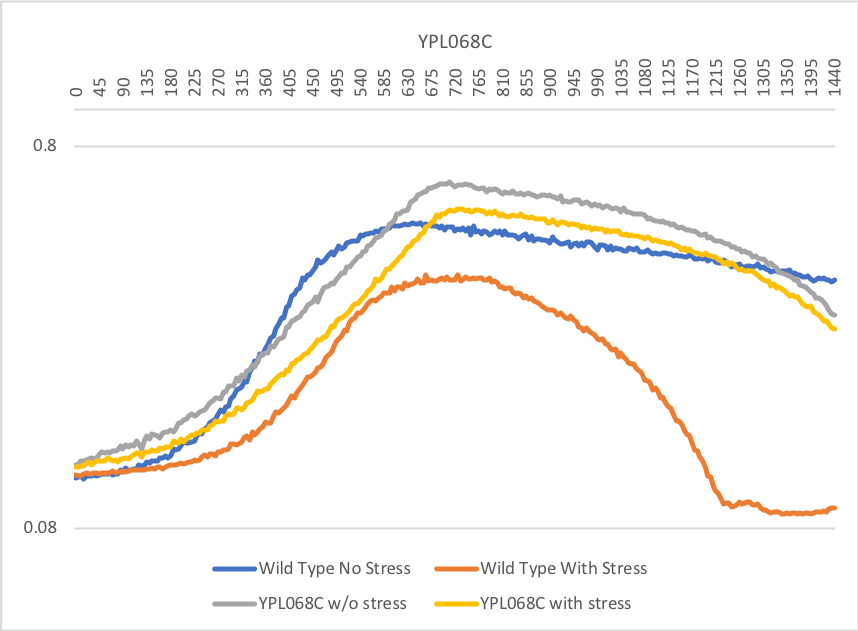