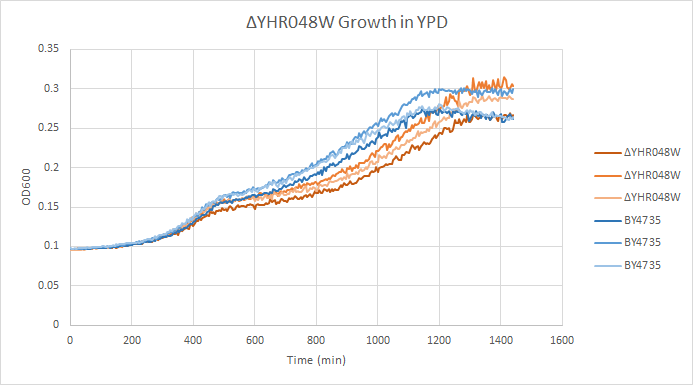 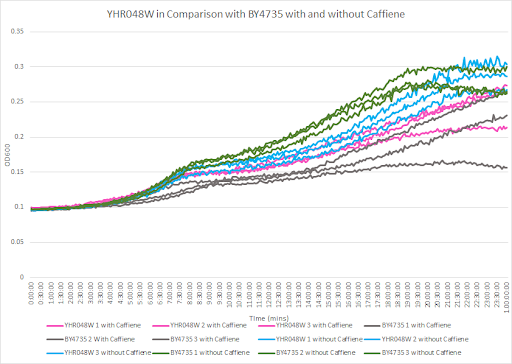 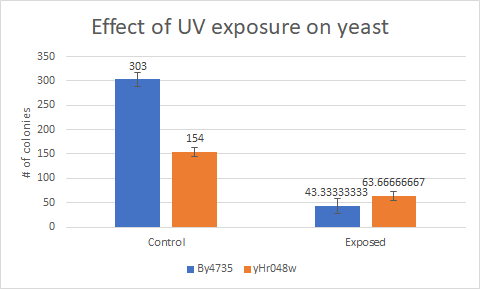 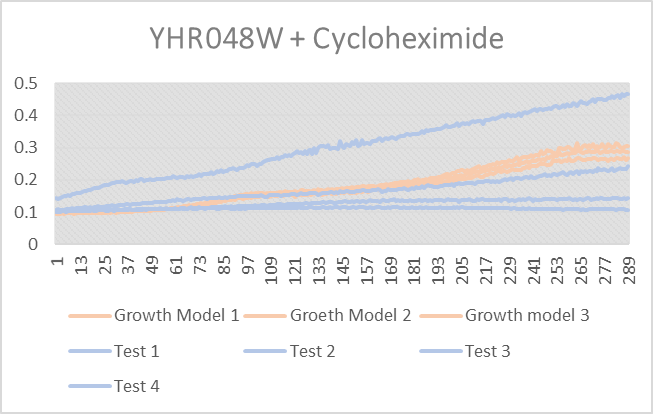 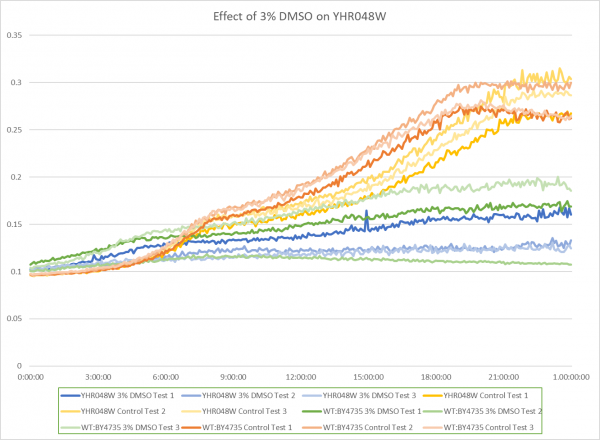 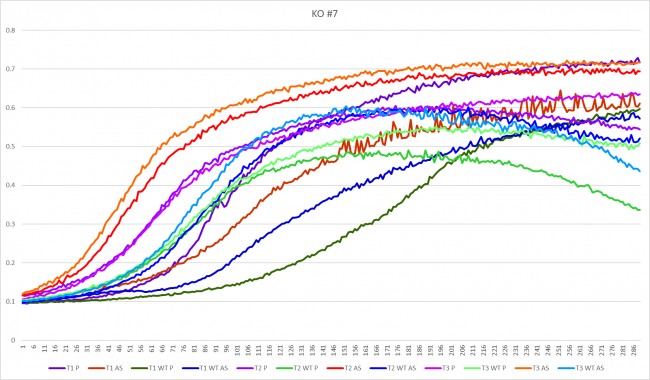 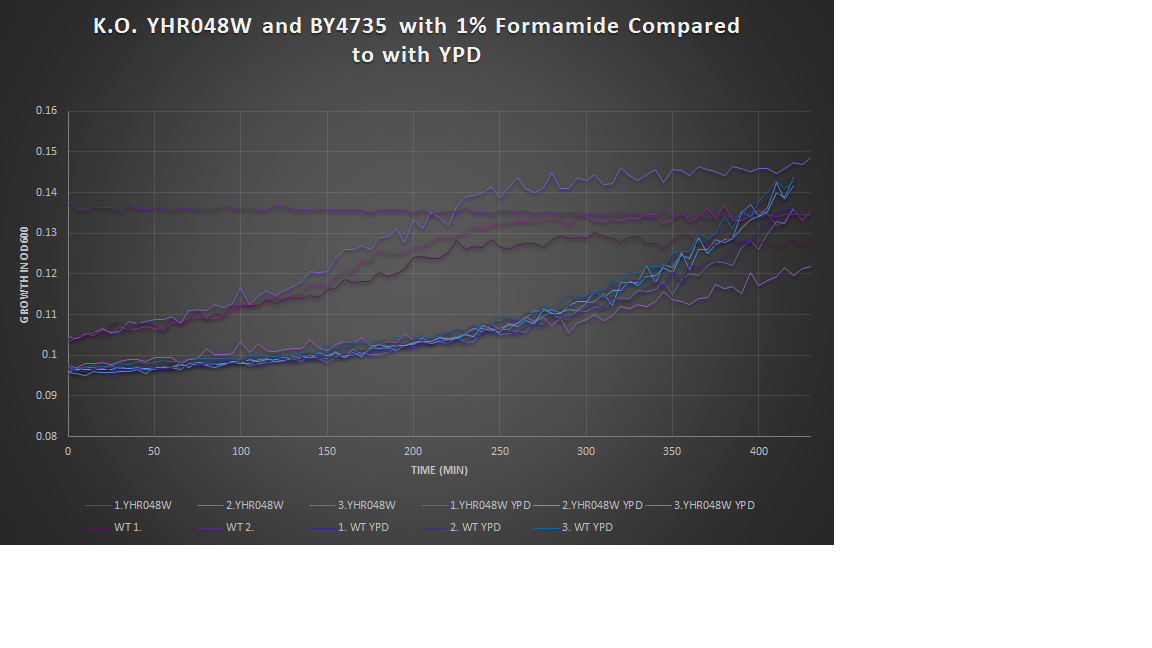 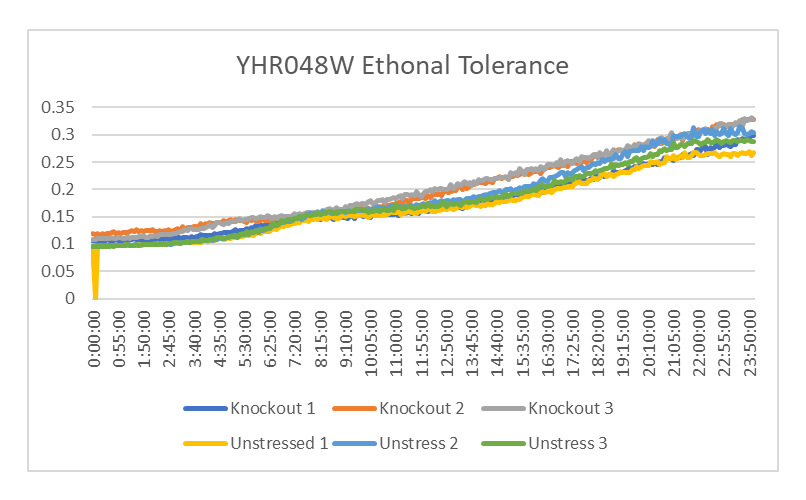 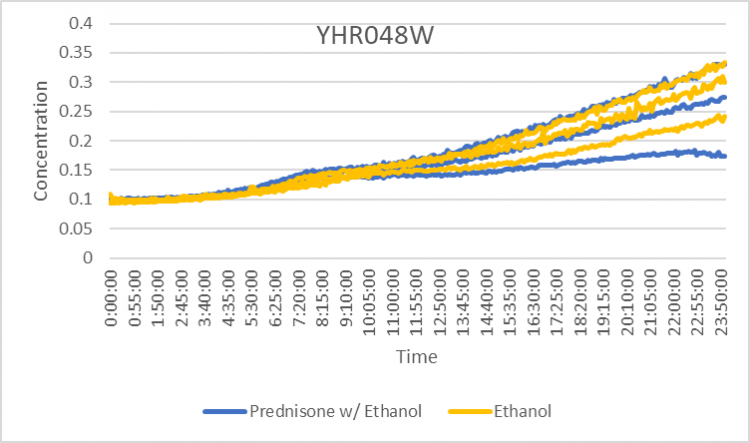 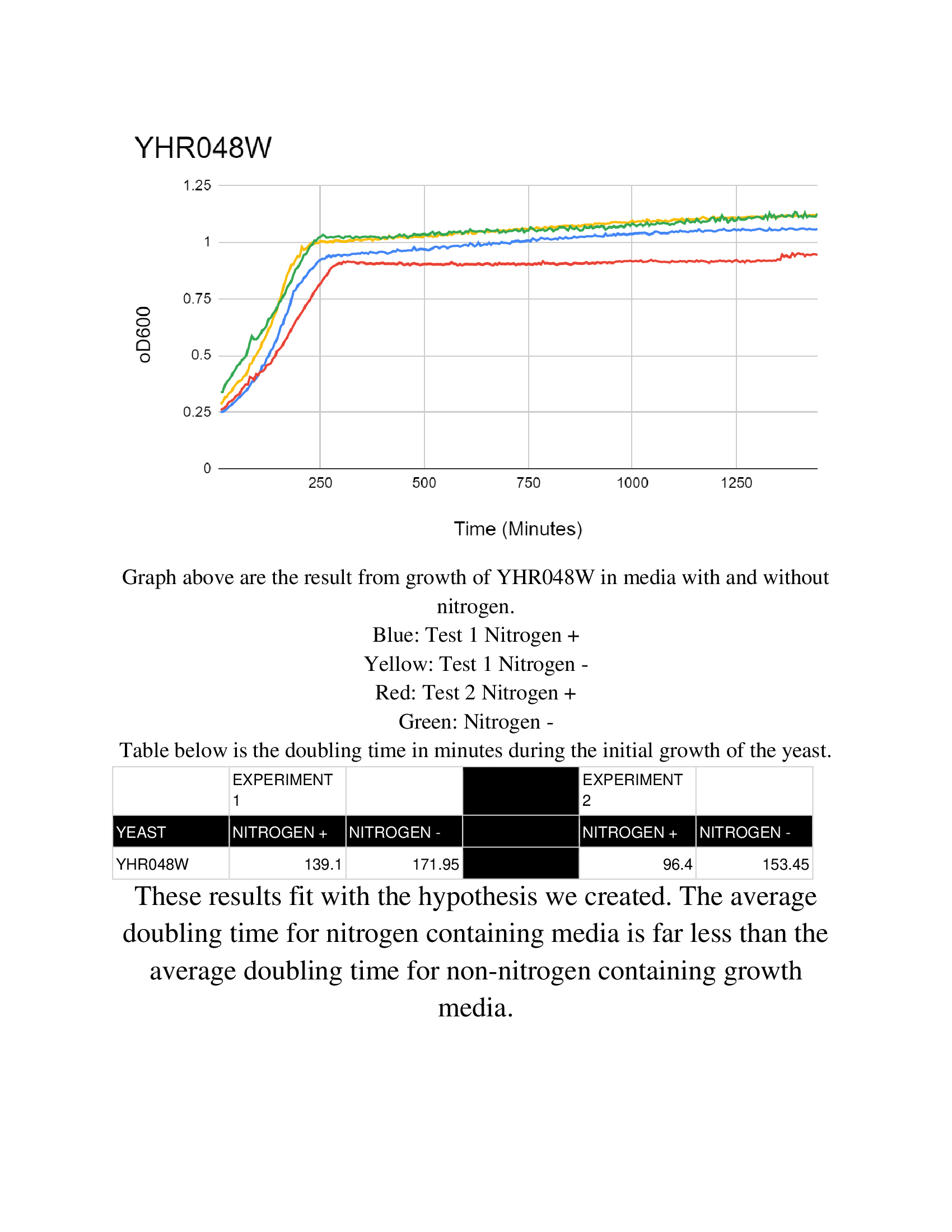 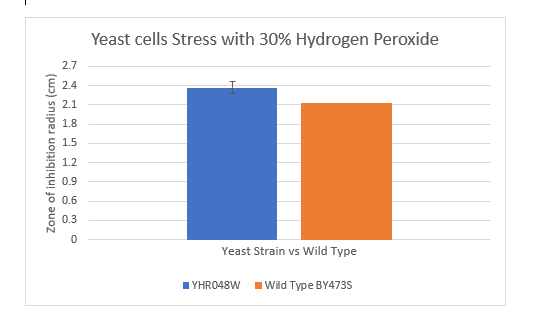 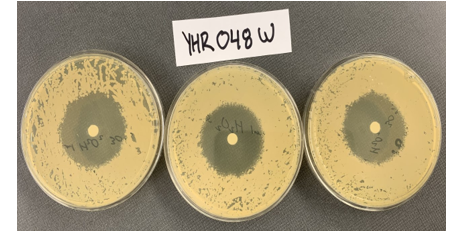 The bar graph represents the zone of inhibition of the knockout strain versus the wild type. Our data collected shows that the knockout strain saw a larger zone of inhibition (cells were not able to grow there). The error bar on the knockout strain represents the standard deviation of the experiment and how recreatable our results were with these results. Using these observations it is evident that the yeast strain YHR048W undergoes more stress from the oxidative properties of 30 percent hydrogen peroxide. The zone of inhibition is larger because the yeast cells are not able to grow as well as the wild type can in these conditions. For the strain YHR048W our plate values were as follows (in cm) 2.5, 2.3 and 2.3 compared to our wild type plate which stayed constant 2.1, 2.1 and 2.2 cm