This is the December 2015 issue of the SGD newsletter. The goal of this newsletter is to inform our users about new features in SGD and to foster communication within the yeast community. You can also subscribe to SGD's RSS feed to receive updates on SGD news: http://www.yeastgenome.org/feed 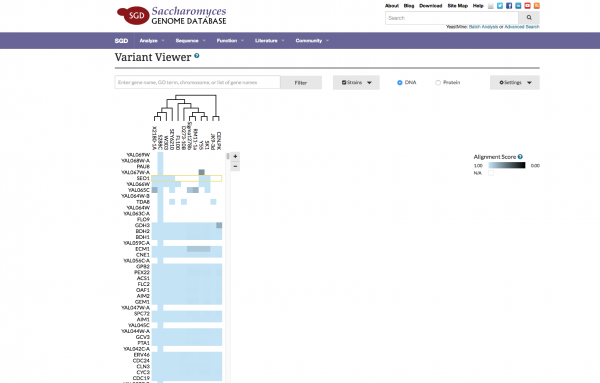 We recently added a new tool to SGD called the Variant Viewer. You can use the Variant Viewer to compare the nucleotide and protein sequences of your favorite genes in twelve widely-used Saccharomyces cerevisiae genomes. This tool uses sequence data derived from SGD publication Song et al., 2015 to show alignments, similarity scores, and sequence variants for open reading frames (ORFs) from the different strains relative to the S288C reference genome.

To get started with the Variant Viewer check out our tutorial video. You can also read more about it in this recent SGD paper Sheppard et al., 2015.

SGD is actively expanding its library of short video tutorials to help you use various SGD tools and pages. Check out the latest new videos available for the following topics:

Videos are accessible via the SGD Video Tutorials page and through SGD's YouTube channel. If you have a great idea for a 60-second SGD help video, or would like to see a particular topic covered, feel free to contact us!

In case you missed them, here are some of the most popular Research Spotlights posted on our blog lately: 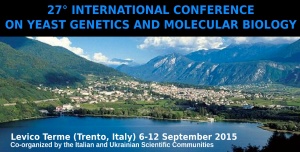 In addition to hosting an exhibit table where we got to interact with many of you, we were thrilled to have been given the opportunity to give an SGD workshop, Getting More Out of SGD, on the first day of the conference. The workshop featured exciting new data developments at SGD including new yeast-human functional complementation data, the new variant viewer, and new data in YeastMine. Your feedback is important to us, so we loved answering questions and hearing your comments at this well-attended workshop!

What else have we been up to lately?

In addition to at the International Conference on Yeast Genetics and Molecular Biology, you may have seen SGD representatives at the following meetings:

We want to take this opportunity to wish you and your family, friends and lab mates the best during the upcoming holidays. Stanford University will be closed for two weeks starting on December 21st, reopening on January 4th, 2016. Although SGD staff members will be taking time off, the website will be up and running throughout the winter break, and we will attempt to keep connected via email should you have any questions.